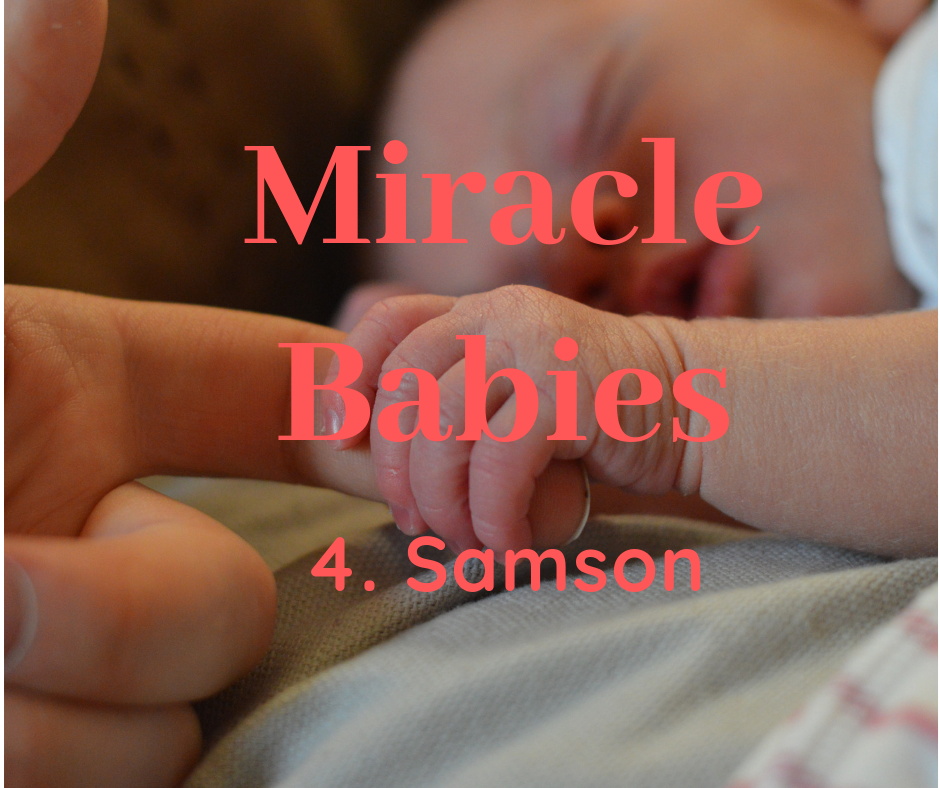 How did a seemingly faithless failure sneak into the Hall of Faith? Hebrews 11:32. God must have seen him before he was born and chosen him to be a shadow of the deliverer of Israel and to be a Hero of faith. Judges 13:2-5. Samson was unlike the many Pharisees (Hypocrites) who have always played safe by hiding to protect their reputation. Like other miracle babies, he was born by an unlikely woman, the barren wife of Manoah. Like Jesus, he was the long-awaited child who was born by a “virgin” who had not known any man.

Samson’s name means “Sun” and he was born to begin to deliver Israel, we know that Jesus is also called the Sun of Righteousness. Who shall rise with healing in his wings Malachi 4:2. Mark 13:26. Born to save his people from their sins Matthew 1:21. Samson had the Spirit of the Lord came mightily upon him. Judges 14:6. Like Jesus was, about 1,120 years later. Luke 3:22, 4:1. Samson tore a roaring young lion as if it was a lamb, barehanded. Judges 14:5-6. It must have been our adversary, the roaring lion found in 1Peter 5:8 who we know if we submit to God he will flee from us. James 4:7.

Samson went to the Enemy territory and chose a not as attractive girl to be her bride. Judges 14:3,” …Not acceptable woman” Judges 15:2 “Isn’t her younger sister more attractive?” Jesus did the very same thing. He left the beautiful sinless holy angels in heaven and came to the Enemies of God territory (Earth) and chose the not acceptable, not attractive me and you to be his bride as the church. Galatians 6:3” If anyone thinks that he is something when he is not…”.  1 Corinthians 1:26-31. No one can boast that he/she was chosen by Christ because of who he was.

Samson had a riddle, a mystery which he gave to the sons of his bride’s people, they could not understand the mystery, the Bride asked Samson who revealed it because she pleased him so much and she explained it to the sons of her people and they won a gown they did not earn. Judges 14:14-17 Jesus has a Mystery which he has only exposed to his bride (The church), Those who the church will explain the mystery are given a robe of righteousness which they do not deserve. Hosea 4:6, Isaiah 61:10, Ephesians 2: 8-9. Matthew 22:12, Revelation 7:13-14.

Samson was a Lone deliverer he did not need a human helper or a facilitator to save Israel. Judges 15:7. Jesus was and is a Lone deliverer he does not need an agent to save us, no Priest, no prophet, Isaiah 45:21, Acts 4:12 there is only one savior, only one name through which we can be saved- Jesus Christ. Samson left his bride and went to his Father’s home and returned during the wheat harvest time, Judges 14:19-20:1-5, was betrayed by a friend for silver Judges 16:5, blinded, misused and mocked, Judges 16:19,21 & 25. Who else did the same except Jesus? he was betrayed by a friend for silver, blindfolded and mocked. Matthew 26:67-68, Luke 22:64, He left his bride, the Church, went to his Father’s house, (Heaven) and will return during the harvest time (last day). Matthew 13:39.