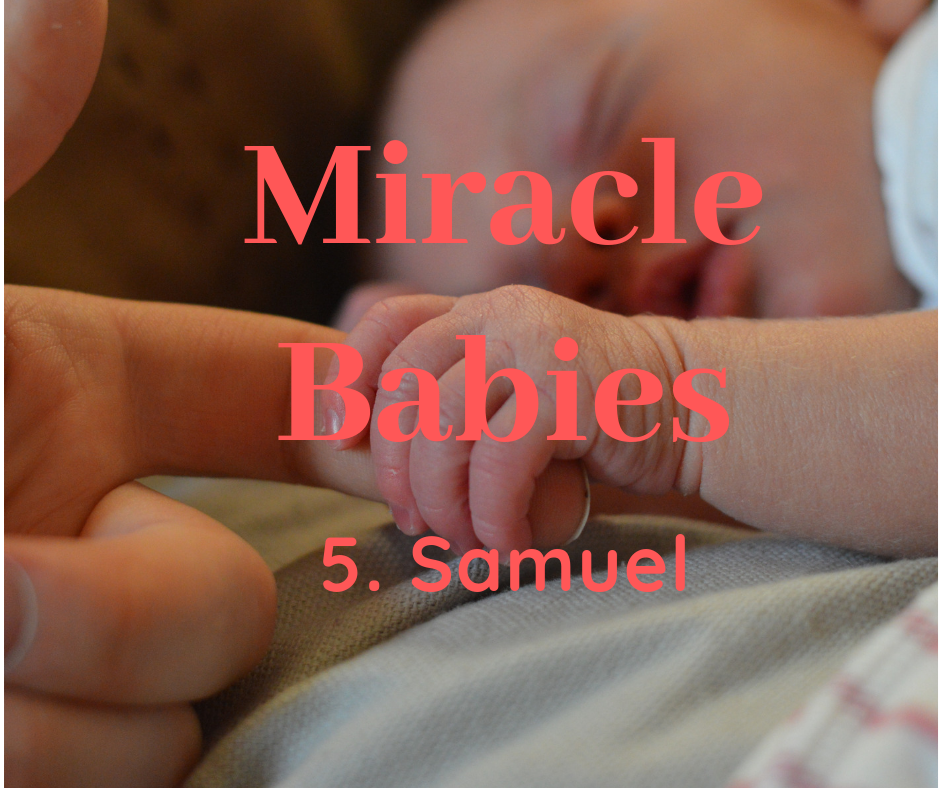 Samuel like all other Miracle Babies was born by a mother who had been barren. His mother Hannah prayed for a child and the child of the Promise was offered to serve God forever. 1 Samuel 1:22,28. Some things that we read were a shadow of the ultimately promised son. All his life Samuel was a Priest. 1 Samuel 2:35. Jesus is the High Priest forever Hebrews 6:20, 7:17. He became a Judge, 1 Samuel 7:15 whereas Jesus is the Judge of the Universe Acts 10:42, 17:31.

He was a Prophet. 1 Samuel 3:20, Acts 3:24. On Jesus being a Prophet, the Bible mentions it with very little emphasis. When People referred to Him as a prophet, he never objected or discussed it. Luke 7:16, Matthew 21:11 & 46.  In the parable of the wicked vinedressers, he showed clearly that he was much more than a prophet. Mark 12:1-10. Other teachings in Mark 8: 27-30 (Who do men say that I am?) John 4:19, 25-26. (the Samaritan woman) proves that Jesus was way beyond a prophet. Luke 4:24 offers only weak support that Jesus was a Prophet. However, Moses Prophesied about a Prophet who would come, Deuteronomy 18:15-19. Steven identified him as Jesus, Acts 7:37. The Bible teaches that Jesus was much more than a Prophet.

The first thing that Samuel had to do was to stand strong against the corrupt Priest service of Phinehas and Hophni the two sons of Eli. He was given a message for them, their sin could never be atoned. 1 Samuel 3:14. They including their father died the same day the Ark of the covenant was taken by the Philistines. During his ministry, Jesus saw the corruption of the Temple services where business was conducted inside the temple, he had to drive the people out with a whip John 2:15-16.

Little hope is there for those who do the work of God to earn a profit. 2 Corinthians 2:17. Did Samuel rise from the dead and talked to King Saul? 1 Samuel 28:14. To those who will leave the truth, God will leave them to be deceived that Christ will be in the desert or in the inner chamber. God will send them strong delusion that they should believe a lie. 2Thessalonians 2:9-12, Matthew 24:23. Let the Holy Spirit teach you the truth through the Bible. Amen.