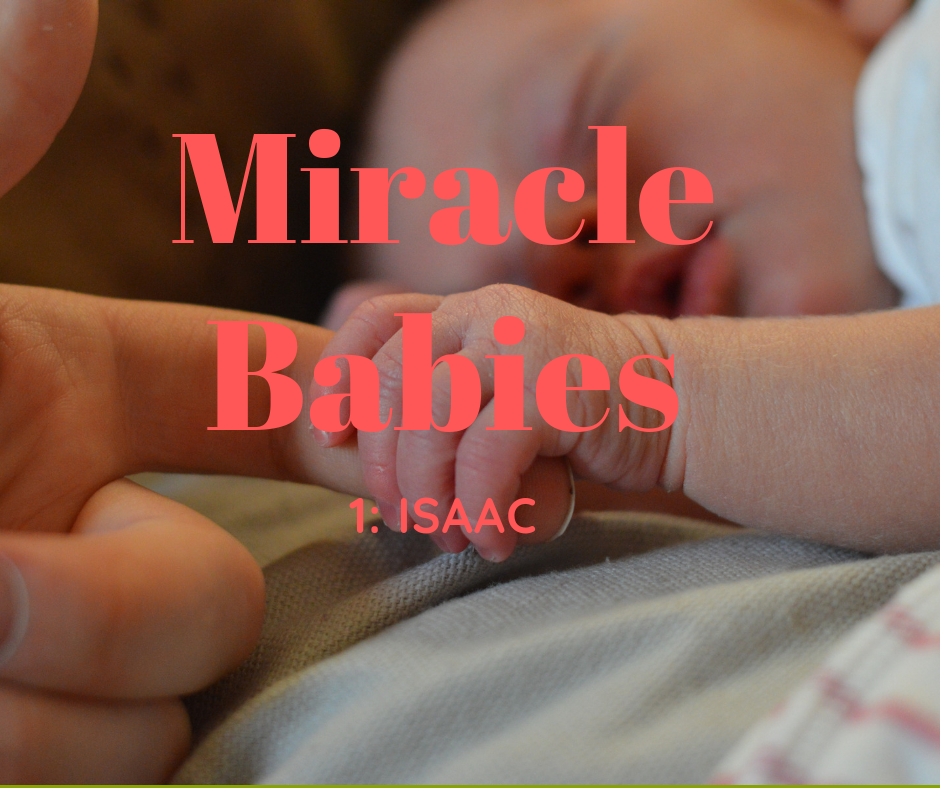 There are several Miracle babies in the Bible. They were born miraculously as a foreshadow of the Messiah Jesus Christ. Among them were Isaac, Jacob Joseph, Samson, Samuel, The Shunammite Boy, and John the Baptist. A common thing was that they were born by a mother who was deemed impossible to give birth – barren. We read that there are some things that happened that were a foreshadow of things to come, not reality themselves but the reality is found in Christ (Colossians 2:17, Hebrews 8:5, 10:1).

Isaac was promised by God to Abraham who was 75 years old and Sarah was 65. Through this Son, Abraham would be a great Nation and the Earth will be blessed through him. God would bless them that bless him and curse them that curse him. Genesis 12: 2-3, Genesis 18:10, 18. For Jesus, the promise was that a virgin shall conceive and bear a son. Isaiah 7:14. Luke 1:27, 34.

As an only begotten son, Isaac was offered to God as a sacrifice. Genesis 22:2, Hebrews 11:17. John the Baptist identified Jesus as he said “Behold! The Lamb of God who takes away the sin of the world.” John 1:29. Jesus explained how God gave His only begotten son so that the World through faith in The Son might be saved. John 3:16-17.

Isaac carried the wood for his own sacrifice up the hill Genesis 22:6. Almost 2000 years later Jesus carried the wood for his own sacrifice up the hill of Calvary. John 19:17. Isaac agreed to be sacrificed, Genesis 22:7-8 shows that he knew about the missing lamb of sacrifice. When he was told God had chosen him to be the sacrifice, the 20-year-old man subjected himself to be tied and to be sacrificed by the tired 120-year-old man. This was a shadow of what was to happen when Jesus who could calm the storms in the sea and call a dead man back to life subjected himself to be crucified. Even when he was accused falsely he did not speak for himself, he kept quiet Isaiah 53:7, Mark 14:60- 61. The people wondered how the “King of the Jews”, could not save himself Matthew 27:42-43. But we know he willingly chose to die for the World. John 10:18, Philippians 2:8.

Isaac was bound on the altar upon the wood like Jesus was nailed to the cross. Genesis 22:9, John 19:18, 20:25. Isaac was offered on Mt. Moriah where King Solomon later came to build a Temple in Jerusalem. Gen 22:2, 2 Chronicles 3:1. However, Jesus was sacrificed outside the gates of Jerusalem (then at Golgotha) because sacrifices and sinners were destroyed outside the camp. Leviticus 4:11, Hebrews 13:12. Abraham went through the pain of losing his son for 3 days until he was told to stop; he felt the son had come back to life Genesis 22:12. Jesus was dead for 3 days and was back to life when he was resurrected.

Food for thought: What sacrifices has God made for you? What have you offered to God as a sacrifice?

Join us next sabbath as we continue to expound on the Miracle babies as foreshadows of Jesus Christ.